Torre Manacar dominates the skyline of the Insurgentes Mixcoac neighborhood of southern Mexico City. The tower was created by renowned Mexican architect, the late Teodoro González de León, who famously worked with Le Corbusier early in his career. The commercial focus of the building is at the base of the tower, with retail and restaurant space arranged around a naturally lit egg-shaped atrium, where boomerang- shaped retail passages link the building to the busy thoroughfares of the city.

At the heart of the space the mural ‘Los Danzantes’ by Guatemalan painter Carlos Merida, originally designed for the old cinema on the same site, has been painstakingly restored and reinstated as a nod to the site’s architectural and artistic history. Above this the complex geometry of the 29 storey tower is a distinct form, visible as it rises above the dome of the atrium. Fitting perfectly with the architect’s ethos, state-of-the-art water efficient GROHE Euroeco faucets were specified throughout.

Installed GROHE products in this project 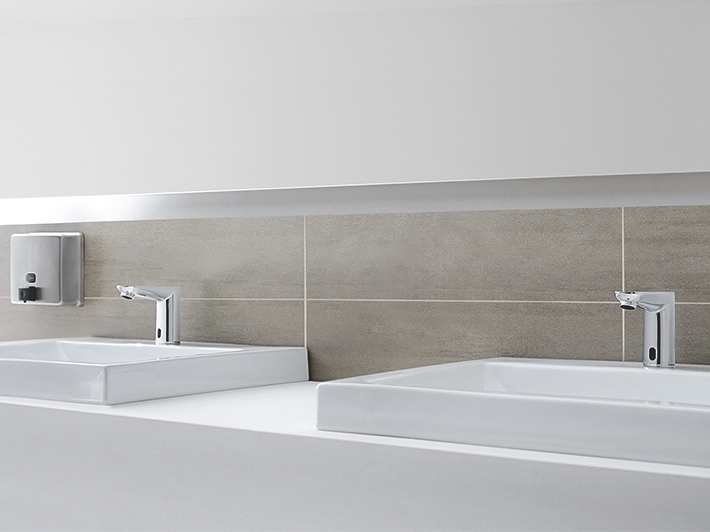